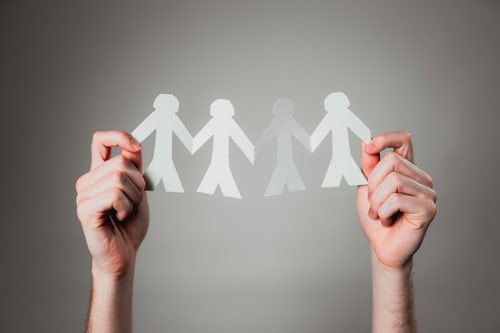 Blockchain is a technology that is changing the internet world and transforming key sectors. It enables data encryption, adds security to stored data, and prevents malicious attacks from unauthorized access. It increases trust and transparency, makes it easy to trace data shared across a business network. It delivers a clear record of who has access, who is transacting, and all the interactions on a business network. Blockchain puts all these records together to promote accountability and convenience at a lower cost.

Blockchain is a system of recording and storing information in a way that cannot be altered or erased. Essentially, blockchain is a digital ledger where transactions are recorded, duplicated, and distributed across an entire network of computer systems on the Blockchain.

It stores encrypted blocks of data, chains them together according to how and when they were formed to create a single source of sequential data.

It is also the technology on which cryptocurrencies like Bitcoin, Ethereum, and others are created.

When an exchange of transactions occurs in the network, miners use special software to solve the complex maths problem of finding the nonce that generates an accepted hash. Different miners work on this problem and anyone who is first to solve it is said to have found the “golden nonce” and their block is added to the chain.

The network consists of a chain of computers that must approve an exchange before it can be verified and recorded.

If a block is successfully mined, approved by all the nodes on the network, the miner would be rewarded financially.

It is difficult to make a change to a block in the chain, which will require re-mining all the blocks that came after. That makes blockchain records immutable.

Note the three concepts of blockchain:

Who Uses the Blockchain?

This technology is used in both the private and public sectors. It has different use cases in key sectors such as healthcare, supply chain, insurance, government, banking, real estate, and more. More global companies are adopting blockchain technology, researching and developing new applications. The common use case so far has been as a ledger for transactions.

Blockchain has a major use case as the underlying technology of cryptocurrency. The cryptocurrency is a digital currency or token such as Bitcoin, Ethereum, or Litecoin that can be used in peer 2 peers transfer of payment.

Unlike fiat, cryptocurrency uses the blockchain to function as a public ledger and a cryptographic security system that enables securing and recording of online transactions.

Note: Fiat means other currencies that are not cryptos, such as the US dollar, Euro, Pounds, and more.

The benefit of Using Blockchain

This technology is beneficial in so many ways which include:

However, blockchain is a new technology that is changing the internet world by enabling faster and easier operations. What is important is understanding how it works, how cryptocurrency is created on the blockchain and three important concepts which includes, nodes, minners and block. It also has a lot of benefits that makes recorded data secured, transferable and immutable.